Master The Art Of Discipline 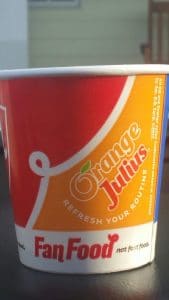 If you asked my friends, clients or professional peers to describe me, the one word they would all use is disciplined. More likely ridiculously, obnoxiously and obsessively disciplined.

And I have to admit – it is true. If I want something, I have no problem committing to do what it takes to make it happen. I have solid routines around things like making time to exercise, drinking enough water, making sales calls, following up on clients and even eating right. See the photo with this blog? That small cup is vanilla ice cream. Even when it comes to things like indulging in a rare sweet, I am disciplined. Okay, my friends are right ridiculously, obnoxiously and obsessively disciplined.

Now I may be extreme, but most of us would have to admit that if there were one thing we wish we were, it would be more disciplined. So, for those of you who would like to be more disciplined but just cannot seem to get there, there is good news. Discipline is a skill that can easily be learned and implemented. I am living proof.

You see I was not always like this. In fact, I was quite the opposite. I was the employee who could not get out of bed and was always late for work. I was the girl who joined gyms but never went. I was that person; yes, that person, who had no self-control when French fries, ice cream or anything chocolate hit the table. When I tell people that, they cannot believe it. But it is true.

I could easily sleep until 11 a.m. or noon, eat a pizza by myself and spend a full day in bed watching movies. That seems so foreign to me now, but I was the very definition of undisciplined; the poster child in fact.

So what changed? Well I did of course. One day, about nineteen years ago I got pushed into a corner and had to make a change. First, I got promoted to a new job, a big title and a huge responsibility. I was also now at corporate headquarters sharing the same floor with the Vice-Chairman, President, CIO and CMO of our company. Not only could I not be late, I needed to be early.

Second, I signed up to go on a dream vacation to Italy. Hiking in the Dolomites of Northern Italy with my sister and best friend. The brochure looked stunning, but also threatened that you needed to be in tip-top shape. And finally, my boss and his boss, the two people I spent the most time interacting with in this new role, had just become vegans. All of a sudden, there was no chocolate, no ice cream and not a French fry within sight.

So, while I’ll admit I was somewhat forced to become disciplined, little by little I started to make changes. With each change I made, I gained confidence, got stronger and found I wanted more. Step-by-step and year-by-year I got more and more disciplined. Here are my five strategies to master discipline and turn procrastination into productivity.

1. Mindset – first and foremost you have to get your head right. You have to want to be disciplined and you have to believe you can be. I am not sure I would have ever gotten here if I had not been forced to “decide” to change. Having the pressure of working day-in-and-day out alongside our executive team and just the fear of being late had me jumping out of bed early every day.

2. Baby Steps – take this one-step at a time. Don’t try to go from never going to the gym to going seven days a week. Take your time. When my boss and his boss decided to become vegans, it influenced me to clean up my diet. However, even as they swore off meat, fish and dairy, I still indulged in a little chocolate now and then. But slowly the French fries didn’t look so tempting, and not eating ice cream everyday started to feel good.

4. Take a breath – before you hit the snooze button, eat that donut or skip the gym, simply take a breath. Take a moment and think what are the consequences of either doing something or not taking action. This probably helped me more than anything else did. Before I turned on the television and skipped the gym, I would take a moment and think about what I was doing. Sometimes I did not do the disciplined thing, but slowly and more often, I started to. Taking the time to think about what you are doing, just a moment, so often ensures you make decisions that are positive for your life.

5. Reward – it’s so important to take the time to reward yourself for the changes you have made and what you have achieved. For me that reward was of course my trip to Italy. A trip where I got up early every day, hiked like a super star and still ate gelato just in much smaller portions.

So, there you have it! That is my journey to mastering the art of discipline, a journey I am still working on. I would love to hear yours. Share what has worked for you and what challenges you are still facing.