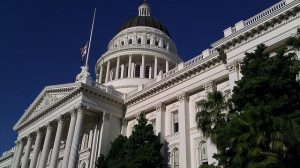 What Leaders Can Learn From Voter Engagement

I am sitting here listening to the results of the South Carolina and Nevada Primaries and thinking WOW what an election season! Who would have seen this coming? My take away is that the Republican and Democratic Parties need to wake up and realize that their voters have left the building. Today’s voter, for the most part, has checked out, has disengaged, and is looking for leadership anywhere but within their own establishment candidates. And it has me thinking, that this election can teach us so much about employee engagement, if we pay attention to what is working, and what is clearly not working, for today’s political leaders.

This year’s election is  incredibly fascinating and quite fun to watch. Even if politics is not your passion, there is an awful lot you can learn about leadership, influence and engagement. In this year’s campaign, because of the importance of those three things (leadership, influence and engagement) we have two candidates seemingly coming out of left field, who are changing the face of  this election.

On the left, you have Bernie Sanders, a Democrat from Vermont, who has  risen from obscurity (really who had even heard of Bernie Sanders a year ago?) to put Hillary Clinton, the ordained democratic candidate, in the run for her political life. On the Republican side, you have Jeb Bush, of the Bush Dynasty, with an impressive record as Governor of Florida, bowing out after spending more money than any other candidate and having his famous family stumping for him. In addition, you have the establishment favorite Marco Rubio struggling to stay in the game. Every Republican candidate, no matter their record or position, is getting pummeled by Republican outsider Donald Trump.

Why? Is it because Sanders and Trump’s messages are full of practical solutions that will solve our country’s problems? Are they both so charismatic it is hard not to want to follow them? Or it is because their experience in leading a country in foreign affairs, national security and domestic issues is so strong voters cannot help but believe in them?

My answer would be no. Donald Trump has never once served in political office, nor has he had to interact or deal with foreign leaders in matters of national concern. And Bernie Sanders, while he is a long-term Senator from Vermont, he hardly has the experience or depth of knowledge on such issues as his competitor Hillary Clinton. As for charisma, one could argue that Trump is hard to take your eyes off of, but not because he is offering logical ideas and solutions, but more so because what he is saying is shocking and often rude and offensive.  Bernie Sanders on the other hand, while a confident speaker,  I am not sure he would even describe himself as charismatic.

So what is it? What are these two anti-establishment candidates doing that is causing them to lead in the polls? Well I would argue that it is not so much what they are doing, and more what their competitors, the traditional leaders of their perspective parties are not doing.

In my opinion, Sanders and Trump are becoming voter favorites because of the lack of leadership in the Republican and Democratic parties, than in response to anything they are doing. Today’s voters have disengaged, having found a lack of trust and leadership in their traditional parties, and as a result they have gone looking for candidates to fill the void.

There is a lesson to be learned here, and one that speaks to the importance of understanding leadership and engagement. I mean what good is being a leader if no one is following? As leaders today we need to take a lesson from what is happening in this political environment. If we don’t lead our teams, if we do not engage our employees, either someone else will, or our best employees will go somewhere else.

So where did the parties go wrong? How did this all get so turned upside down? There are four strategies that seriously impact engagement, whether it be voters or employees. And to ensure you do not suffer the fate of Republican and Democratic parties, use these as a guide, and double check your leadership when it comes to implementing these employee engagement strategies.

4 Lessons To Be Learned About Employee Engagement

Yes, this is an interesting year, and no matter who wins the election you can bet that the face of politics will be changed forever. What we as leaders need to understand, is that politics is always a reflection of what is going on in the world today. Our employees are looking for the same thing from us that voters are looking for from politicians. So, take a lesson from what Sanders and Trump are doing, you do not have to agree with their politics to agree they know a thing or two about engaging voters.

Click here to subscribe to Meridith’s monthly newsletter and get the latest business growth updates, sales insights, and tips to increase your profits!

Motivational Keynote Speaker & Business Growth Expert, Meridith Elliott Powell works with clients to help them instill ownership at every level to ensure profits at every turn. Meridith is the author of several books, including her latest, “Own It: Redefining Responsibility: Stories of Power, Freedom & Purpose”. When not keynoting and leading workshops, she looks for inspiration cycling, golfing or hiking her favorite trail.  https://meridithelliottpowell.com